OneDrive: why Office 365 users are so slow to adopt it?

Cloud storage has many advantages that we are not going to dwell on, but if we were to name just one, it would be its collaborative dimension. By moving a company’s user files from local disks or on-premise servers to the Cloud, a new era begins. Employees can finally benefit from a wide range of collaboration features and apps interacting with cloud services and large amounts of shareable cloud storage space. However, it seems that corporate users do not always fully understand these benefits and tend to maintain their existing and time-proven habits. And this seems even more true at Office 365 customers, where OneDrive, the keystone of the Microsoft Cloud and of Office 365 is largely underused. 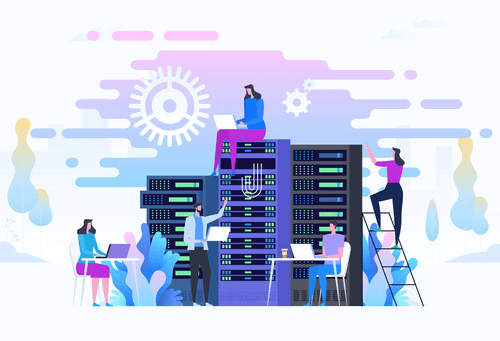 OneDrive is the cloud service that connects users to their files, made available to Office 365 customers.

OneDrive is also the underlying layer that allows Office document online edition (and their co-edition by several users, in real-time).

Users can share their files stored on OneDrive securely, synchronize the files of their choice to or from the Cloud, and restore previous versions of a file very easily, which provides them with an excellent level of protection against ransomware as well as against accidental file deletions.

They can edit their files stored in OneDrive online, from any device and if needed co-edit them with other users in real-time.

These are just a few of the many opportunities offered by OneDrive.

All the benefits of using Onedrive are very well understood by CIOs and for good reason, since they have fully grasped the inherent organizational and financial implications (and indeed have decided to adopt Office 365 in their companies on the basis of these prospects).

On the other hand, end users do not necessarily realize the importance of the stakes related to the usage of OneDrive and the storage their files in the Microsoft cloud. They do not always fully perceive the fundamental difference between keeping their files on their computer and storing them on OneDrive. In some more extreme cases, they may even feel that the Cloud, with the ability to track the life of a document and to recover deleted documents, looks like a surveillance or monitoring system, or risks to compromise the confidentiality of their documents.

The complexity of the user interface

Office 365 is one of the most popular suites adopted by major companies. It includes an impressive number of very powerful features…that carry numerous complexities. Of course, OneDrive is no exception.

On the administrator side, managing OneDrive settings and options from the SharePoint Online Admin Center and from the OneDrive Admin Center, that are partially redundant, can be tedious and time-consuming, even if, in the end, these two Admin Centers allow for in-depth customization of OneDrive to fit the companies’ needs.

For the end users, OneDrive is also not as intuitive as it could be. The basic concept is to be able to save, access, modify, and share files from any device, anywhere, at any time. But in reality, uploading files, sharing them, setting access rights and sending links takes time. It also requires a good knowledge of the different options and of the location of the corresponding menus hidden here and there in various applications (Outlook, the Web browsers, Office applications, Windows Explorer…). For end users, especially the less tech-savvy, this can be perceived as too complicated. OneDrive is a very interesting example, because all the cloud-centered Office 365 advanced collaboration features depends on it. If users ignore OneDrive, they won’t take any benefit of what makes the real value of Office 365.

Finally, some argue that the maximum size allowed to store a file (15 GB) can also be an inconvenience. It would require another cloud storage service supporting very large attachments, which would add more complexity. Let’s bet that this 15 GB limit, which only concerns a small fraction of OneDrive users, will probably be extended in the future. 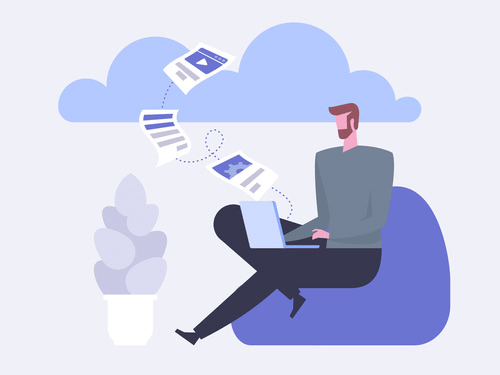 But the main reason why OneDrive is so underused is most certainly user resistance to change. Many companies have spent very significant budgets on change management processes, expecting to ease their transition to Office 365. Their goals? Developing an understanding of benefits of the Cloud and train on the Office 365 related-concepts, applications and user interface. But very often, despite large amounts of money and time spent, the expected results are not really there in the end… And Unfortunately, they see their employees continuing storing their files locally on their PCs, sending them as attachments in their Outlook emails, multiplying versioned copies of the same files, etc.

So, what can be done then?

Well, maybe the key is not trying to change user habits too radically. To boost the adoption of OneDrive while maintaining the exact same way most of Office 365 users exchange files (attaching files to Outlook emails), you could have a look at Attach2Cloud. This software allows to automatically upload the files attached to Outlook emails on OneDrive, transparently, without requiring the sender or the recipients of the files to change their habits. Because in the end, in order to change everything, the easiest way is maybe to start smoothly, without changing anything, at least in appearance!

Points of view category
Next post:
Is Outlook Feeding Shadow IT? →